← You say NHL ’12, I say Tomahto
A Mysterious Return for Professor Layton →

While I don’t have too much information for you just yet, Battlefield3 Blog is claiming that

“The console stands are made in plastic and fitted with lots of cool features, such as a Claymore mine and LED lights. The “Vault Cases”, as they’re officially called, are available for the Xbox 360 for $90 and for the PlayStation 3 for $100. Both are now available at your local GameStop store.”

So what about you? Are you looking to trick out your console by way of Battlefield 3 themed “vaults” or is your love strong enough that you don’t feel the need to dress it up? Has following your favorite franchise become a collector’s hobby? 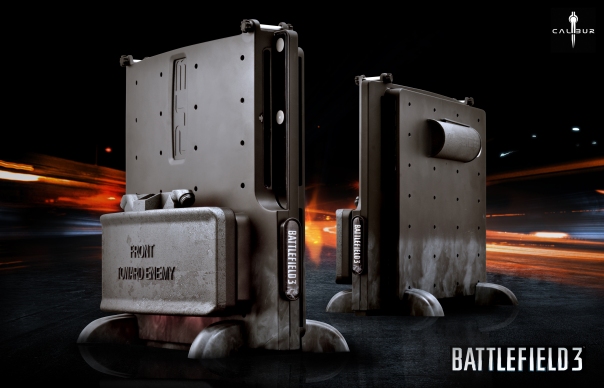 ← You say NHL ’12, I say Tomahto
A Mysterious Return for Professor Layton →