Check out The Art of Video Games at The Smithsonian 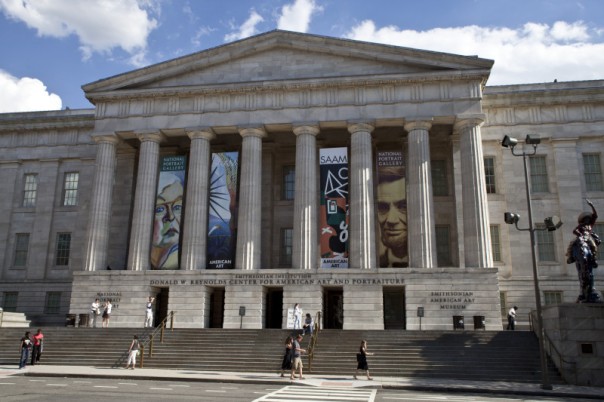 In just about every corner of the internet where gamers come together to talk about their favorite games, you will inevitably find the age old discussion of whether or not video games are art. For years I’ve been voicing the advocacy that, yes, video games not only contain art but are art themselves. This year, from March 16th until September 30th, the Smithsonian American Art Museum will be supporting my personal cries with a new exhibit (and events) The Art of Video Games.

From The Smithsonian American Art Museum:

“The Art of Video Games will explore the 40-year evolution of video games as an artistic medium. The exhibition will highlight how new technologies have allowed for increasingly interactive and sophisticated game environments while staying grounded in the traditions of each game type. It will feature games with striking visual graphics and recognize some of the creative individuals who have made significant contributions. The exhibition will also explore the many influences on game designers and the pervasive presence video games have in the broader popular culture, with new relationships to video art, film and television, educational practices, and professional skill training. The Art of Video Games is not about the most popular games of all time, nor is it about the individual games themselves. This is not a historic review that seeks to capture every memorable moment in video game history.”

The exhibition will not only include a national tour (below) but will also be host of an opening weekend you will not want to miss.

“GamesFest is a three day festival celebrating the opening of the ground-breaking exhibition, The Art of Video Games, with insightful talks by video game pioneers, panel discussions where you can meet designers and artists, movie screenings, costume photo-ops, and hands-on play.”

Check out the PDF schedule  for a FULL list of events that will be occurring during GAMEFEST.  Events like:

The Smithsonian American Art Museum invited the public to help select the video games to be included in the exhibition. The 240 games on the ballot were selected by Chris Melissinos, who worked with the museum and an advisory group consisting of game developers, designers, industry pioneers, and journalists. The games were selected based on a variety of criteria, including visual effects, creative use of new technologies, and how the game fit into the narrative of the exhibition. Voting took place between February 14 and April 17, 2011. More than 3.7 million votes were cast by 119,000 people in 175 countries!

Want to know which games will be featured and under which categories? You can read THIS pdf to see all of the winners and runner-ups for each era and category.

Still not sure why The Smithsonian would take a stance on this,  for some reason, controversial embrace of video games as art? No need to guess because they have addressed this directly in their exhibit FAQs.

“Why are video games being featured at an art museum?

Art is beguiling. Much like a great novel or film, you can become engrossed in the world created by a video games and the Smithsonian American Art Museum wants to celebrate the designers and developers who create these worlds. Video games are an emerging medium for creative expression and we’re very excited to explore their artistic evolution over the last forty years. All video games include classic components of art—striking visuals, a powerful narrative, a strong point of view. What’s new is the role of the player. Of course, contemporary games have taken this creative expression to a whole new level, so the museum decided that this is the right moment to look at this popular global phenomenon.”

So no matter which side of the video-games-are-art debate your opinion falls, The Smithsonian American Museum of Art is about to open its doors for some fantastic exploration, discussion, and retrospect on the genre and its development. If you live in the Washington, D.C. area, or can get to it with ease, and have an interest in video games I encourage you to check out the Smithsonian exhibit, The Art of Video Games, or the GamesFest opening weekend events. Don’t forget to share with us your experiences at the exhibit or panels. We would love to hear from you.

Visit the official exhibit page at The Smithsonian American Museum of Art for more information.

Posted in For GFN, Video Games